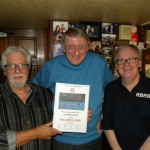 The folk musicians who gather in the Elsinore every Tuesday evening were applauded by the Runswick Bay Rescue Boat Committee in June. Chairman Ian Dobson handed a certificate of thanks to the host of the evening Tony Maher. Tony with his wife Angie have been fronting the session at the Elsinore for over three years and two and a half years ago were asked if they would collect for the Rescue Boat. With the approval of landlord Len McKnight they put a collection box in the pub and customers are encouraged to donate to the cause. In the period they have been collecting they have managed to raise an astonishing £2,800 for the Rescue Boat. Ian Dobson warmly thanked Tony & Angie, the musicians, the landlord and staff and said that without such wonderful support the Rescue Boat could not continue to be the success that it has been. The Rescue Boat was founded in 1982 after the RNLI moved the station in 1977. 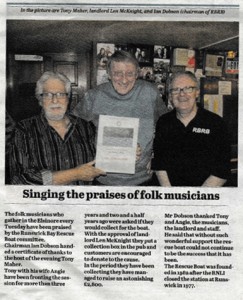 The Whitby Gazette published this on 26th June.

These photos were very kindly provided by Neil Skipper

Click on the image below to open the full sized poster and contact Ruth Furby for more information and to reserve your tickets. 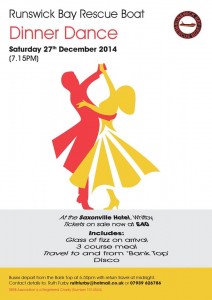 There has been a last minute revision to this weekend’s programme of activities. The weather forecast is generally lovely – 16 degrees and sunny with no rain forecast. However, the sea will be quite rough on Saturday and then relatively calm on Sunday. Consequently the much loved raft race has been moved to the Sunday afternoon.

The full programme of events can be viewed below (click to enlarge). Whilst writing, it is worth us pointing out that there will be a strong offshore wind (Westerly) all weekend so please everyone be vigilant. 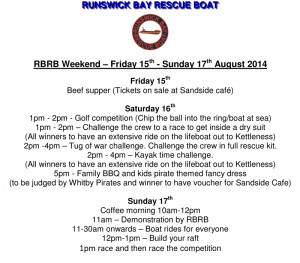 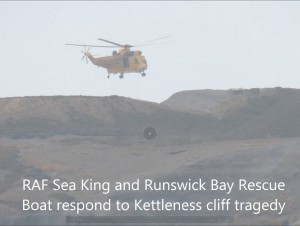 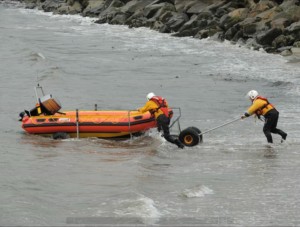 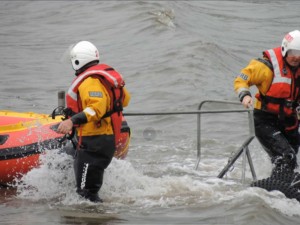 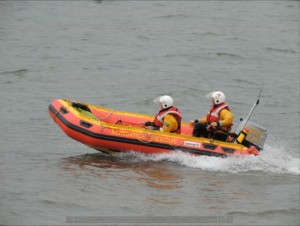 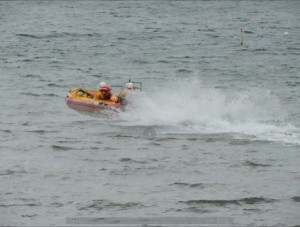 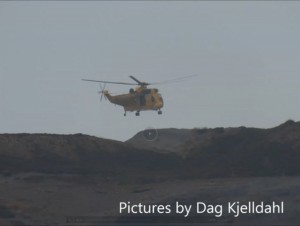 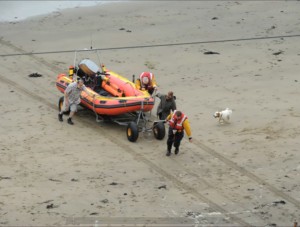 When Annabel asked if Rosie, the school bear, could have a ride in the Rescue Boat the crew were more than happy to oblige. Rosie gained her sea legs at training on Sunday 1st June. 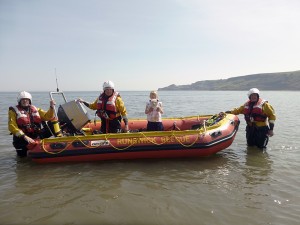 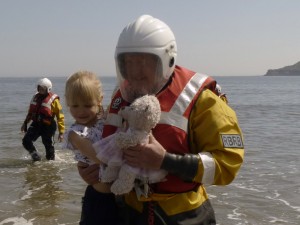 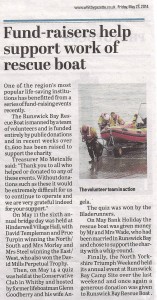 The crew and committee of RBRB would like to express their thanks to all the recent fundraisers who work hard and are so generous with their time and money.

There was an article in the Whitby Gazette on Friday 23rd May 2014 covering a number of the recent events and donations (reproduced on the right).

This year will be a busy year, with work ongoing to ensure that RBRB continues it’s service into the future by embracing the new MCA Rescue Boat Code and also the intended purchase of a new boat this summer (watch this space for further announcements). 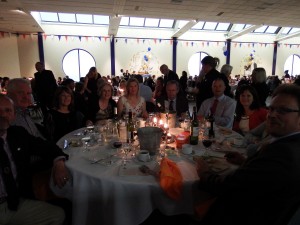 There was also a retirement party at Whitby Pavillion for Glenn Goodberry, the former mechanic on Whitby RNLI Lifeboat, and a valued supporter of RBRB. We would like to acknowledge Glenn’s, and all the crew and management at Whitby RNLI, contribution to helping us get off the ground some 32 years ago and helping us stay afloat all these years. A number of the crew and committee of RBRB attended Glenn’s do (left) and helped give him a worthy send off.

The below is a rather nice Whitby Gazette article published today about a fundraiser that took place on 7th March at the Friendship Rowing Club in Whitby. The event is an annual event organised by star fundraisers Nick and Christine Scaife. The Crew and Committee of RBRB extend their huge thanks and appreciation to the Scaifes for once again organising a tremendous evening and for all the other work they do throughout the year to help keep the Rescue Boat going. 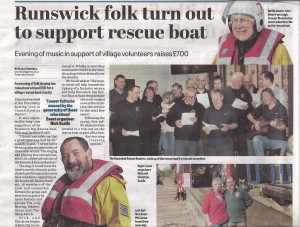 Don’t believe everything you read in the press … the final figure was much higher, after a fabulous fundraising weekend which many acclaimed to be the best yet. Well done everyone, and thank you to all who took part, contributed, organised, donated prizes and salads and worked so hard to make the weekend such a success.

The Runswick Bay Rescue Boat was pleased to be invited to take part in the Lifeboat Display during Whitby RNLI’s Flag Weekend of 3rd/4th August 2013. Click on the picture below for a photo gallery.

The below piece was published in the Whitby Gazette on Friday 3rd May 2013, following a demonstration of the new life-saving automatic defibrillator by the Runswick Bay Rescue Boat to the village of Runswick Bay at the Village Fishermens’ Institute. The purchase of the defibrillator, which is located on the exterior wall of the Rescue Boat house, was made possible by the very generous donation of £1,465 from the Co-Operative Community Fund.

The annual Folk Night, organised by Nick and Christine Scaife, has raised another fantastic sum for RBRB.  We are truly endebted to these stalwarts of fundraising (and other involvements, being Secretary and running the Friends of RBRB for us for some time too!) for their continuing marvellous contributions to keeping our service alive and thriving.

The RBRB choir turned out in support and ‘entertained’ the crowds.

Nick Scaife said later:  “we had a fantastic night, the singing and music was excellent, one of the best nights we’ve had and I think everyone had a great time. We managed to raise a superb sum of six hundred and eighty one pounds fifteen pence. £681.15 so a huge thank-you to everyone who contributed. I do not want to note individuals for fear of missing someone out but everyone gave generously and the Runswick Gold Ale was rather nice!”

Some of the ‘lucky’ winners

Six lucky winners also had the opportunity to try it for themselves, taking to sea in the rescue boat, the following Sunday morning.

Our thanks to the Scaifes as we look forward again to the start of another season.  Easter is only a few weeks away and RBRB is ready, with the newly installed and issued pagers now in situ and winter training having gone very well.

At training on Sunday, Crew Leader Tom Dobson and veteran Helmsman Mike Sewell demonstrate how to right the Rescue Boat should the worst happen and she is tipped over in the surf on a service.

The crew of the Runswick Bay Rescue Boat give up their time to train every Sunday morning throughout the year and Wednesday evenings in the summer.